Detail of Jules-Joseph Lefebvre, The Grasshopper painted in 1872.

You can see the whole of the painting after the jump.

This undeniably beautiful work references in its title Aesop’s fable of ‘The Grasshopper and the Ant’ (or ‘The Cicada and the Ant’, which is ‘La Cigale et la fourmi’ in French). It was painted following the 1870-71 Franco-Prussian war and was said to be a critical allegory of Napoleon III, who lead France to economic collapse at the time. As Art Werx put it, the painting “seemingly represents ‘The Grasshopper’ at the onset of autumn, realising the consequences of her careless frivolity”. When it showed as part of his exhibition of The Naked and the Nude in 2008, Art Gallery of Ballarat Director Gordon Morrison famously nicknamed the painting ‘Chloe’s sister’, referencing another famous Lefebvre work who is still showing her all to all at Young and Jackson’s Hotel in the US. 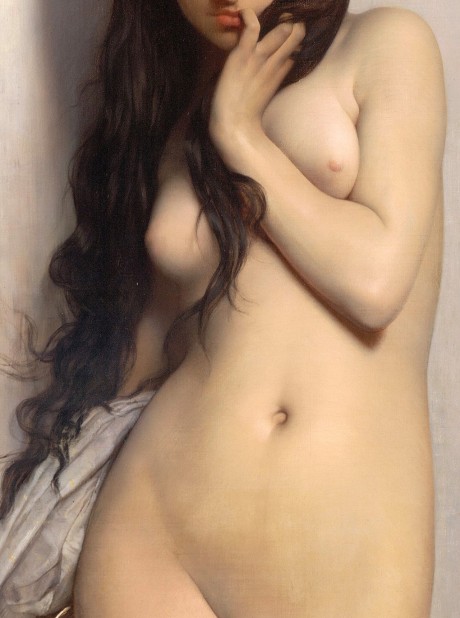