I wish I could write this better than the article that I found but well… I can’t because it’s pretty technical! At first I loved the design… but read on and you’ll see just how intelligent the design really is.

The Evil Eye project is the result of a residency by Belgium collective Indianen at the Frans Masereel Center, a center for printmaking in Kasterlee. The project investigates how printmaking could produce another kind of information, transforming material into an object with a new meaning.

“When you put “optical audio record” on the record player it passes the handheld electronic “eye” the team has built: a simple device with an LED and a light sensor. The rotating patterns create modulating light that is translated into an electric signal by the eye. This signal is fed into a guitar amplifier and comes out as the exact sound that is embedded in the prints.

The app that generates the patters was made with Cocoa / Objective-C. It can create tracks with notes and sequences of notes with different waveforms like a synth, or just audio files (.wav) that you load into it. The screenshot below shows the record in the making and allows user to move and scale the tracks, change the sample rate, etc.

The track editing view superimposes waves on top of each other and allows for adding tones, moving them around and changing their pitch and waveforms (square wave, sine, sawtooth, etc…). The software finally exports the PDF files (single track image on the left which includes only sine waves or many different tracks, mostly square waves, on the right – the label was added in illustrator afterwards).

The device used to read the patters contains a small electronic circuit that converts the light it receives into an audio signal. When you hold it above a spinning (optical) record, the LED at the bottom shines on the pattern (see video). The light that is reflected from the paper is measured by an optical sensor and that’s the signal that gets sent to the amplifier. There is no extra processing of the signal.

Via: The Creative Applications Network 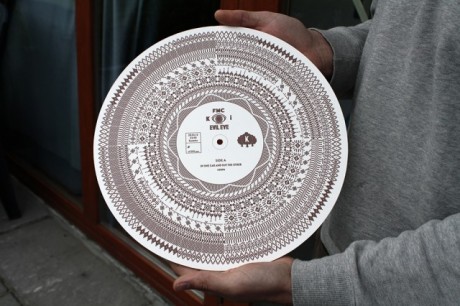 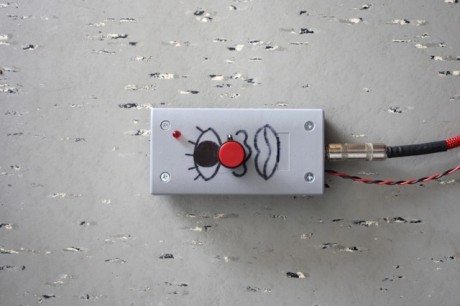 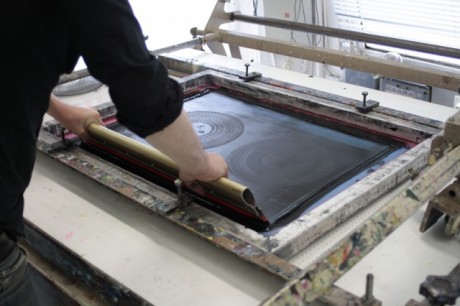 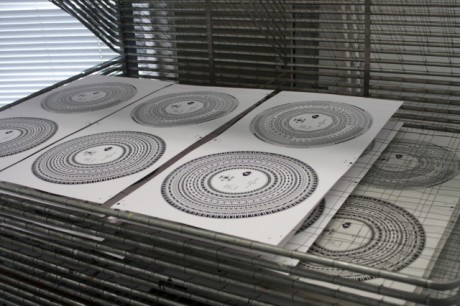 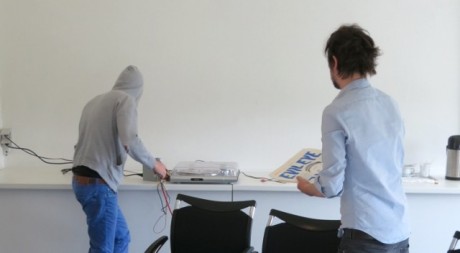 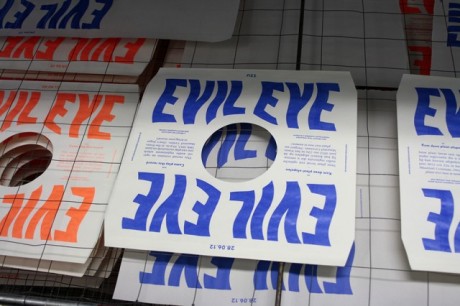 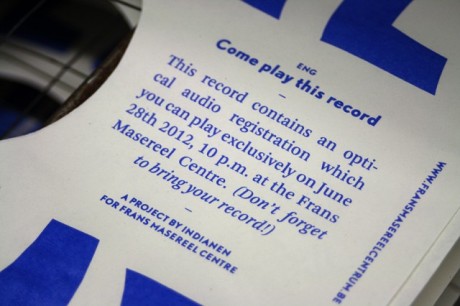