I just came across this very unusual and mesmerising choreographed performance, directed by Canadian dancer, choreographer and director Marie Chouinard.

Every second is captivating, expressing the ‘sexually voyeuristic’ style of her choreography.

In the piece, which dates from 2005, Chouinard’s dancers have been transformed by the addition of crutches, walking frames and prostheses. Naked except for a typically Chouinardian assortment of S&M harnesses, nipple caps and pointe shoes, they limp, swing and scoot across the stage to hashed-up Bach and a manipulated recording of a spoken commentary by the pianist Glenn Gould. The result resembles a swingers’ party in a surgical appliance store, hosted by a DJ with late-stage Parkinson’s disease. A woman with miniature crutches drags herself about like a fish, gagging on a microphone; two women sharing a single leg brace perform a diagonal of mutant balletic leg lifts; a couple copulate while swinging from a harness.

“The work’s movements plumb the insoluble mystery of the body, of the living being,” Chouinard claims. 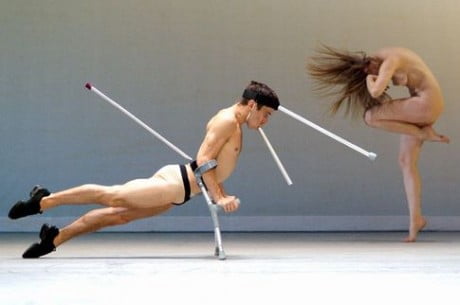 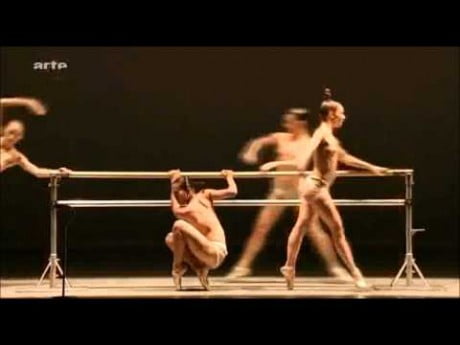 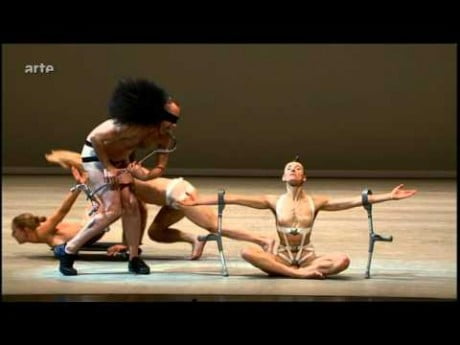 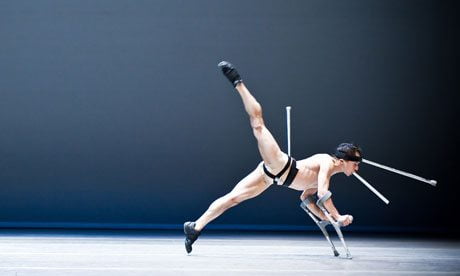