Spiralling stone walls will be carved with images of extinct species – with space reserved for future extinctions – at this observatory and education centre designed by Adjaye Associates for the Isle of Portland, England.The Mass Extinction Memorial Observatory (MEMO) will function as an information and exhibition centre dedicated to the 860 species of animals, birds, insects and sea life that have been identified as extinct since the demise of the dodo in the seventeenth century.

Positioned on the edge of a cliff, the 30 metre-high structure will also house an observatory overlooking Bowers Quarry, one of the main producers of Portland Stone since the late eighteenth century.

Adjaye Associates based the spiralling form of the building on the gastropod fossils commonly found in the quarry. The structure will be built from Portland Stone, with a rough surface intended to echo the rugged cliffside.

The plan is to add more carved stones in the future, if and when more creatures become extinct. These occasions will also be marked by a toll from a bell at the centre of the building.

Floors inside the MEMO building will follow the corkscrew shape. Stone models of extinct species will be displayed around the circular route, leading up to the observatory on the uppermost floor.

The Mass Extinction Memorial Observatory (MEMO) will comprise a monument to the world’s extinct species and an adjacent biodiversity education centre. Conceived as a continuous spiral of stone, it will be carved with images of the 860 species assessed as extinct since the dodo. It will be an on-going monument, with more stones added into the future if more species become extinct. The bell of biodiversity, placed in the centre of the monument, will be rung annually on the international day of biodiversity and to mark further species becoming extinct. Sited on the Isle of Portland on the south coast of Britain, each creature will be immortalised in stone along the circular ramp that leads to the top of the 100 foot-high Bowers Quarry observatory. Visitors will then walk down the outside of the ramp to ground level.

A fitting insertion into the landscape, the project presents an opportunity to revitalise the old Bowers Quarry and to draw attention back to the natural beauty and craftsmanship of Portland. Rather than a building or shelter, MEMO is devised as a journey, exploring the relationship between interior and exterior, landscape and enclosure. The circular form resonates with Portland’s three lighthouses near Portland Bill as well as the remains of the windmills at Perryfields to the south east of Weston. The spiralling arrangement is inspired by a turreted gastropod fossil, found in particular abundance in Bower’s Quarry, the ‘Portland Screw’ (Aptyxiella portlandica). The material palette is predominantly Portland Stone to reinforce a sense of the landscape, echoing the character of part of the cliff with its exposed stone strata. The sizes of the blocks and the rhythm of the joints are alternating with an accent on the horizontal joints, while the surface of the stones is rough – like the face of a Quarry Block. The development will promote the use of local and recycled material. 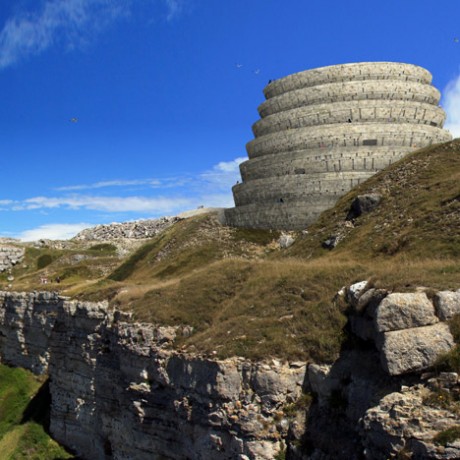 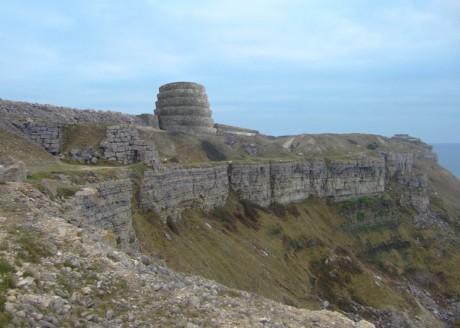 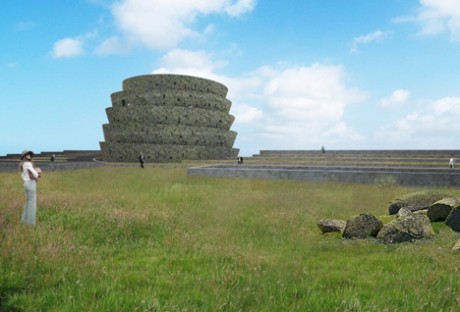 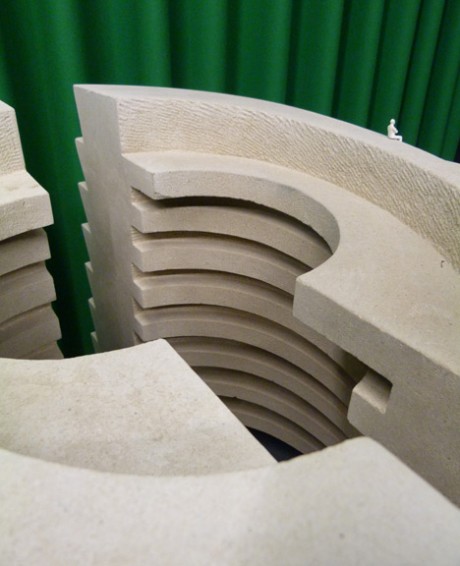 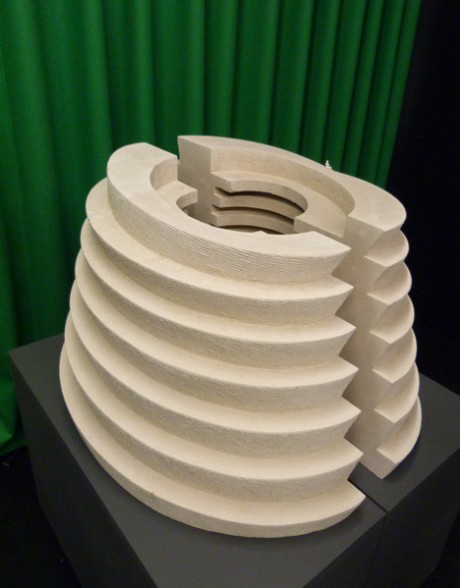