Fathom Harvill (Raquel Welch) is a dental assistant and an American skydiver touring Europe with a U.S. parachute team, when she is approached by a Scottish agent to recover an atomic triggering mechanism.

Shown here is a poster for the Japanese release of the movie and the exceedingly cheesy opening title sequence.

I think we may well create a whole post celebrating Raquel Welch soon as she seem to have rather slipped below the radar. 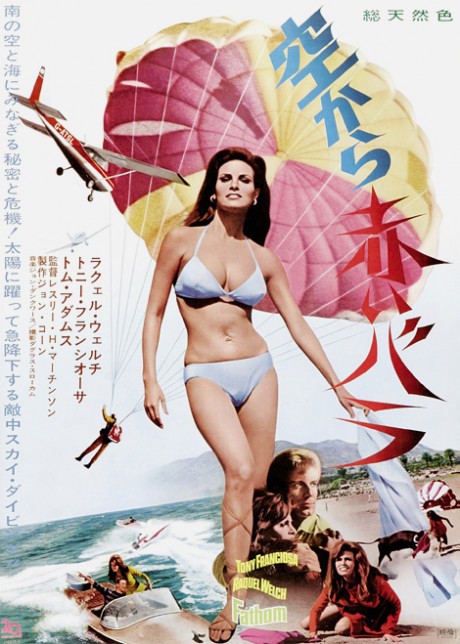