The following text is from Mubi’s ‘Movie Poster Of The Week’ feature, as compiled by Adrian Curry:

The Czech poster for Robert Bresson’s Une femme douce by Olga Poláčková-Vyleťalová is one of my favorite posters of all-time: an extraordinarily arresting, beautifully executed piece of Czech surrealism that yet has a strong thematic and visual connection to the film itself. (The girl wrapped in her own hair could be the isolated and suicidal character played by Dominique Sanda.) So I was taken aback when a friend pointed out this photograph recently.

The photograph is apparently by the great fashion and celebrity photographer Bert Stern, who passed away on Wednesday at the age of 83. Stern, who was the subject of the documentary Bert Stern: Original Mad Man that was released earlier this year, is best known for his hundreds of photographs of Marilyn Monroe taken weeks before her death. But his most famous connection to movie posters is that he took the photographs of Sue Lyons wearing heart-shaped sunglasses on the set of Stanley Kubrick’s Lolita that became the iconic poster for the film. (Stern had first met Kubrick while he was a mailroom boy at Look Magazine and Kubrick was a staff photographer.) Stern also co-directed the music documentary Jazz on a Summer’s Day which was released in 1960.

I have no idea where the Stern photograph came from or where it was used, nor do I definitively know whether the photograph or the poster came first. This webpage dates the photograph as 1969 while the poster is dated 1970, and it would seem more likely that a painting could be made from a photograph than that Stern’s art department could recreate a turquoise and diamond choker drawn from imagination. (Also that webpage credits Cartier as the designer of the choker.) None of which is to take anything away from Poláčková-Vyleťalová; Czech posters have a tradition of borrowing elements and making them their own and the throughline and interplay between New York fashion photography, French cinema and Czech graphic design is fascinating. The image, which if nothing else is gorgeously rendered, fits not only the film, but also fits into her own oeuvre, as is clear below. Appropriation of western fashion photography seems to have been a strong part of her aesthetic.

Born in 1944, Poláčková-Vyleťalová ﻿designed a total of 76 posters between 1969 and 1989, and the hair-centric designs above are only a sample of her wide-ranging work, much of which you can see on the indispensable Czech movie poster site Terry Posters.

Meanwhile, while we’re on the subject of influences, it is clear that this poster for Athina Rachel Tsangari’s The Capsule—one of my favorite posters of last year—owes a great deal to both Poláčková-Vyleťalová ﻿and Stern.

Or maybe Bert Stern, in taking the original photo in 1969, was thinking of this 1964 Polish poster by Franciszek Starowieyski.

Posters courtesy of Posteritati and Terry Posters, and thanks to Daga Samitowska Oh for joining the dots. 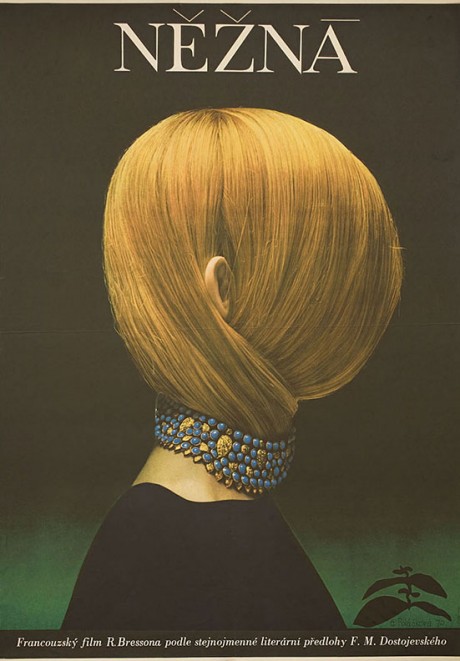 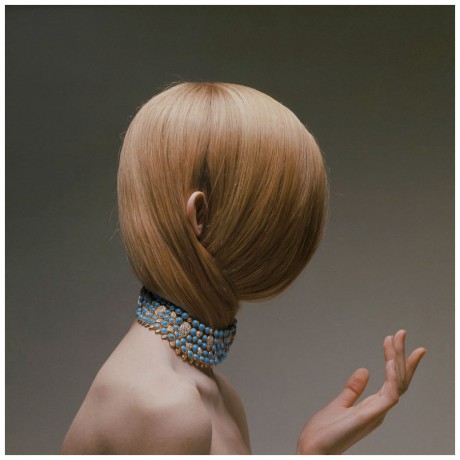 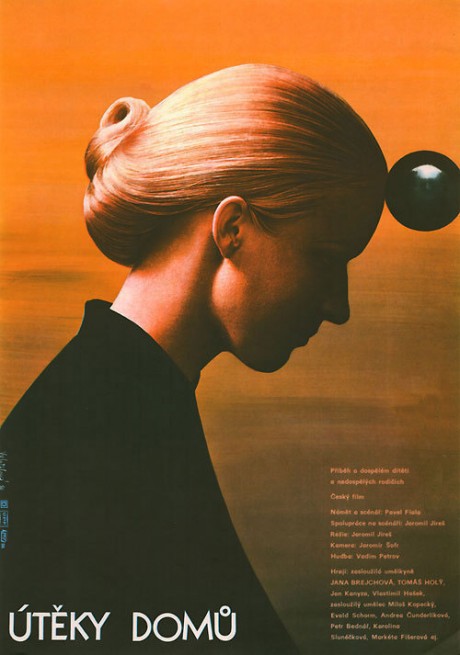 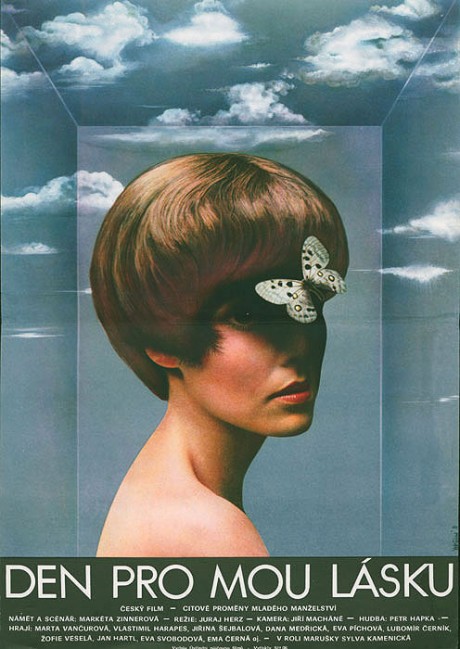 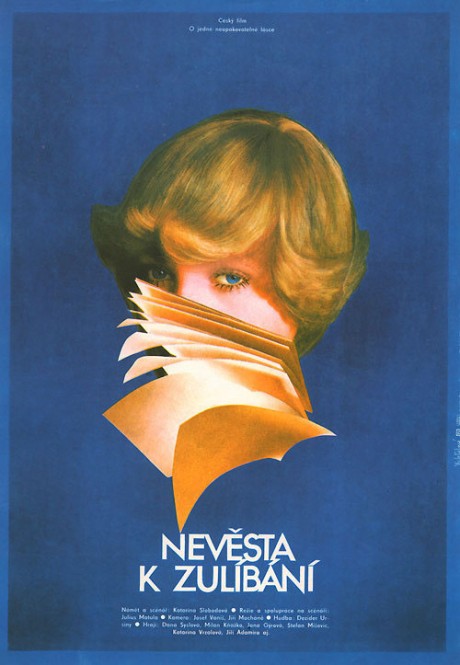 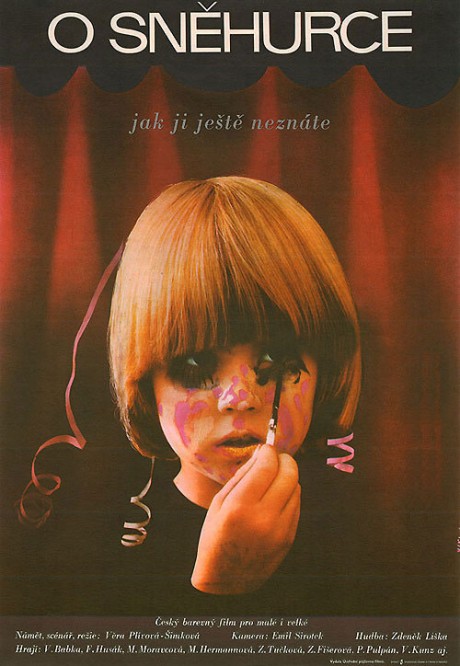 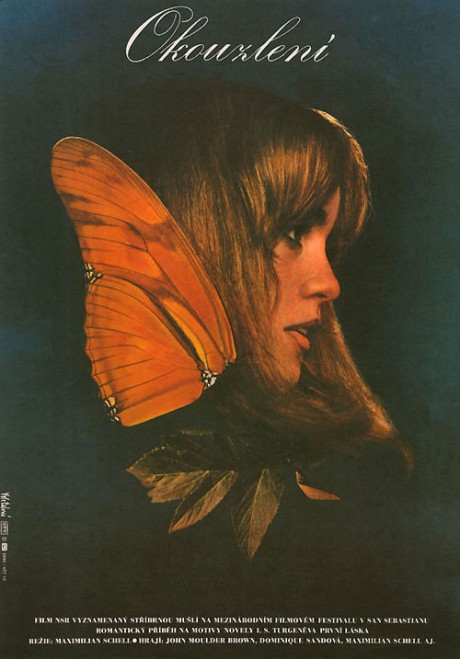 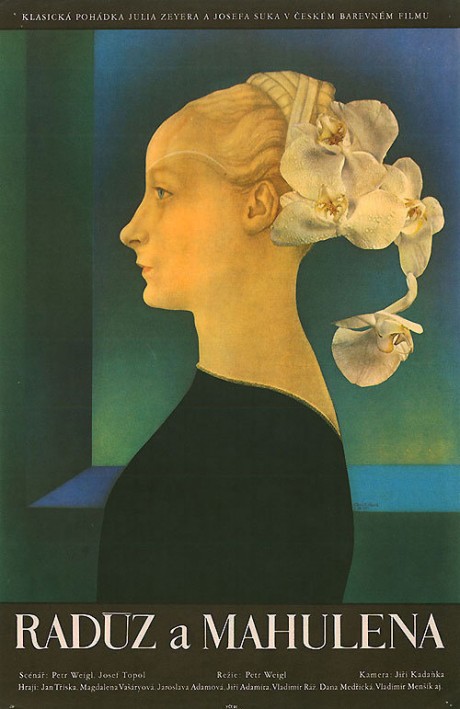 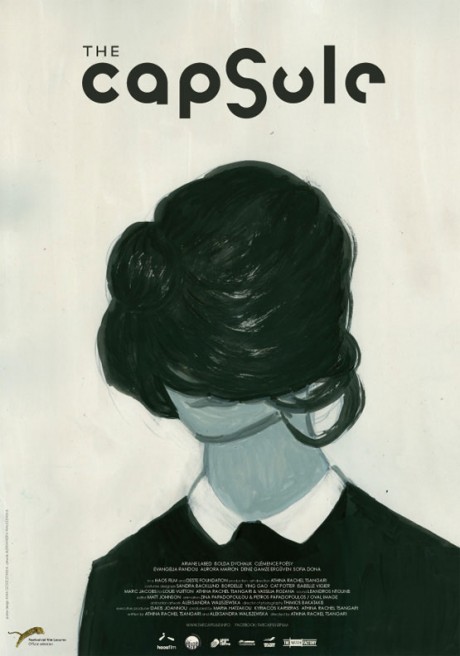 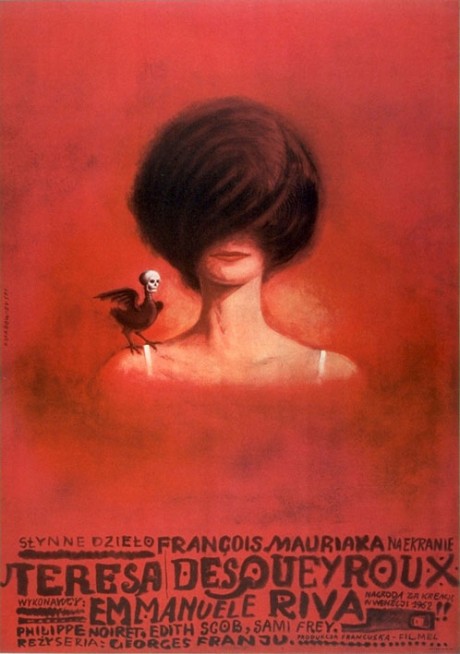