Yesterday saw the grand opening of the Serpentine Gallery’s new extension designed by architect Zaha Hadid. Located just across the Serpentine river from the main building, the 900 square meter Serpentine Sackler Gallery occupies a 200-year-old former gunpowder store which was renovated into gallery spaces. A swooshing cafe and events space has also been added to one side of the structure, constructed in a way that makes it look like an organic growth on the side of the original brickwork. “The extension has been designed to to complement the calm and solid classical building with a light, transparent, dynamic and distinctly contemporary space of the twenty-first century,” said the architects. “The synthesis of old and new is thus a synthesis of contrasts.”

The new Gallery is named after Dr Mortimer and Dame Theresa Sackler, whose Foundation has made the project possible through the largest single gift received by the Serpentine Gallery in its 43-year history. Major funding has also been awarded by Bloomberg, long term supporters of the Serpentine as well as sponsors of the opening exhibition.

The first exhibition at the gallery will also be the first UK exhibition by Argentinian artist Adrián Villar Rojas, who creates bold and striking installations from concrete, clay and stone. At the same time, in the Serpentine Gallery, there will be a major retrospective by Italian sculptor Marisa Merz, who received a Lifetime Achievement Award at the 2013 Venice Biennale. 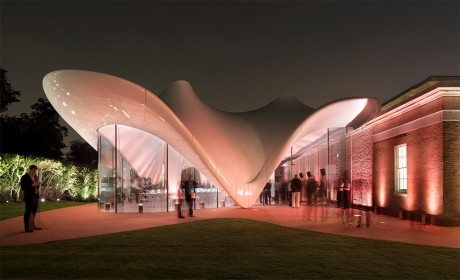 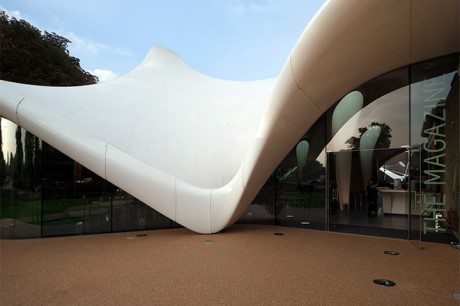 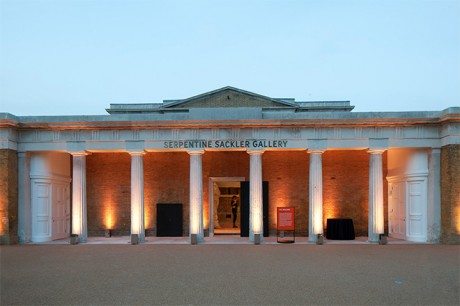