I loved the first movie and eagerly await Frank Miller’s sequel, but there seems to be 101 different teaser posters preceding the release of the film.

So, let’s just concentrate on the only one of them to have been awarded the dubious honour of being banned.

It’s good enough for me though; simply because it features the delectable and always delightfully dirty Eva Green (and, if I’m bored later, maybe I’ll update the post with a broader selection of posters). 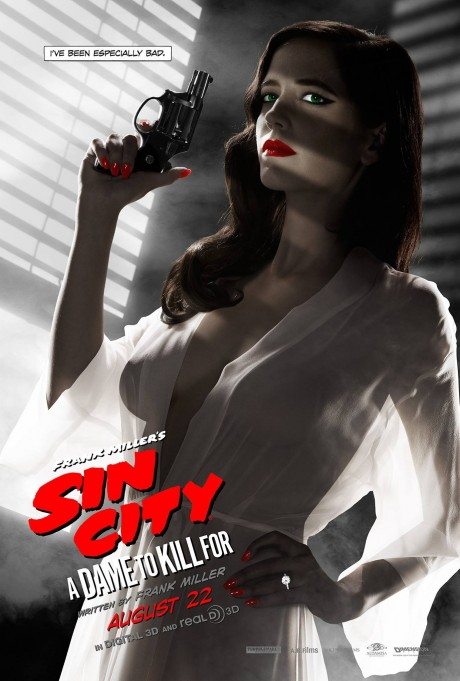