I was a bit sceptical about this and initially, I must admit, I did not like the dress on a purely aesthetic level. However from reading about the technology and watching the video (scroll to the bottom) I’m intrigued and very impressed. This is certainly a fascinating and new subject and watching them unearth the dress like an archeological discovery has made me appreciate it’s beauty.

From Dezeen: New York’s MoMA has acquired a ‘4D-printed’ dress that automatically changes shape, and the technology used to create it, a month after the museum added five DIY electronics products to its permanent collection.

“We refer to Kinematics as a 4D printing system because it generates compressed objects that unfold into their intended shape after printing,” creative director Jessica Rosenkrantz told Dezeen.

The garments that we’ve designed can only expand to their full size after being removed from the printer and they do so automatically, no assembly is required.”

Museum of Modern Art (MoMA) announced today that it has acquired the first dress produced using the technique, along with the app software that customises the design and a concept video demonstrating the idea.

The dress was produced by 3D printing company Shapeways in New York earlier this year as a single folded piece, then unfurled into the final shape. This allows the garment to be made more efficiently on the compact machines.

3D-scanning technology allows the design to be custom-fit to the wearer’s body by manipulating the tessellated mesh file before printing.

The patterned structure is formed of 2,279 unique triangular panels interconnected by 3,316 hinges, all 3D printed together in nylon using selective laser sintering (SLS).

“While each component is rigid, in aggregate, they behave as a continuous fabric allowing the dress to flexibly conform and fluidly flow in response to body movement,” said Nervous System.

A smartphone and tablet app has also been created to allow the customisation of patterns, style and flexibility, using a re-meshing technique that adjusts the file according to various parameters. The way the dress will drape over the body is shown on-screen as the design changes.

The garment, the app and the concept video have all been added to the museum’s permanent collection by senior curator Paola Antonelli and colleague Paul Galloway.

Last month, Antonelli announced that MoMA has collected a set of DIY electronics products, including a kit that teaches users how to build and programme their own games console.

Nervous System began developing the Kinematics concept in 2012, as part of a brief set by mobile phone manufacturer Motorola to create customisable 3D-printed products. The technique was first used to generate and print a line of jewellery last year. 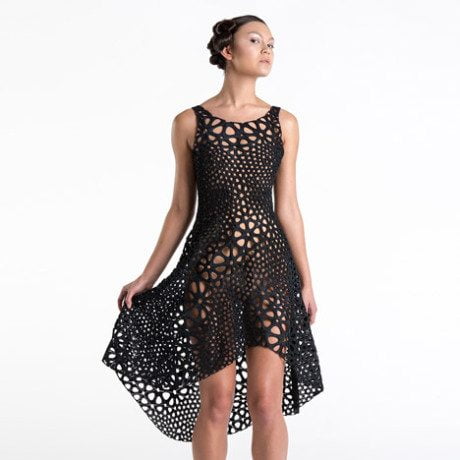 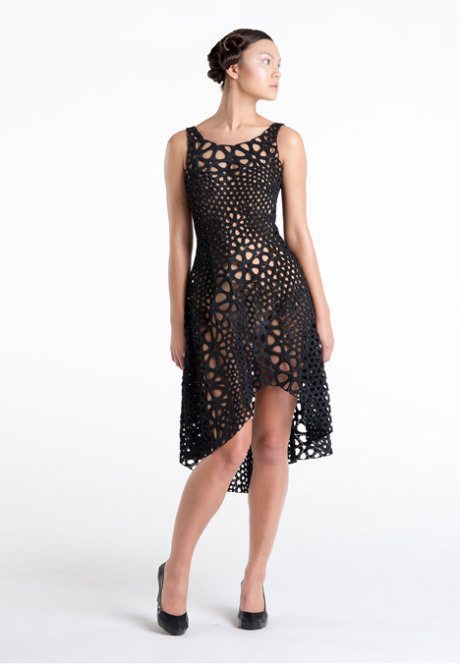 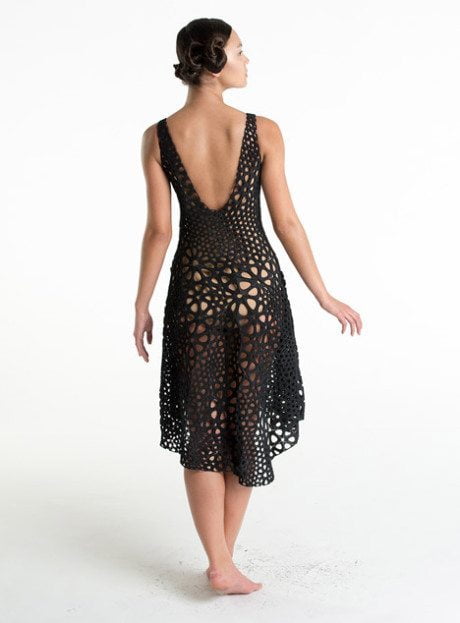 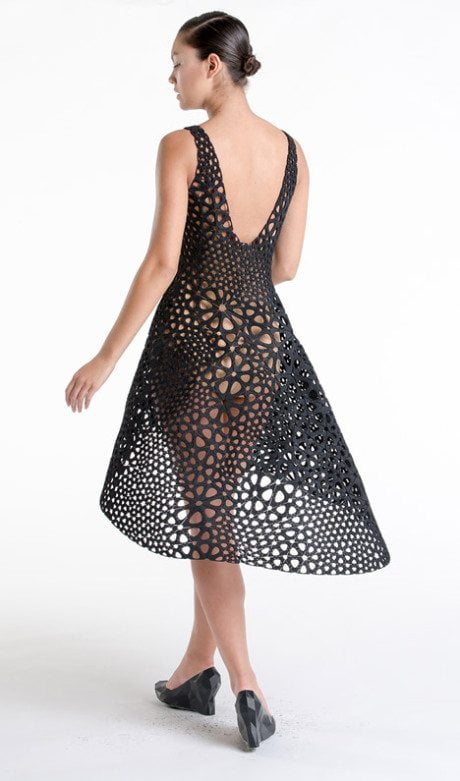 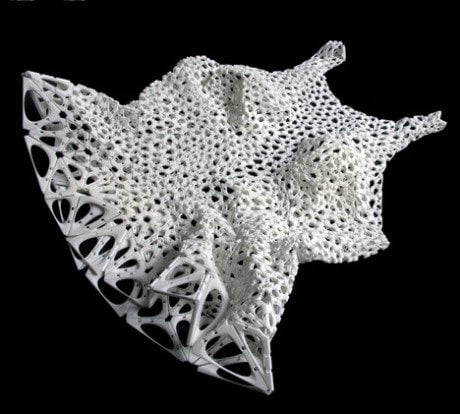 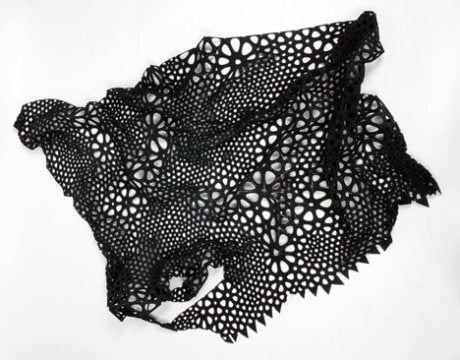 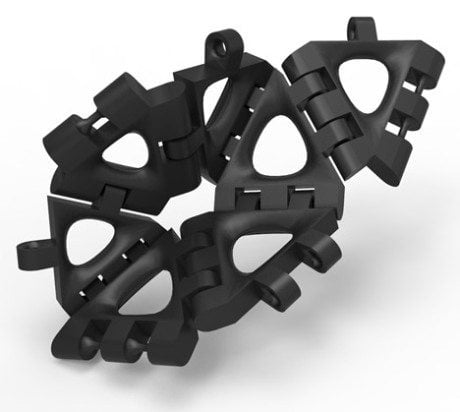 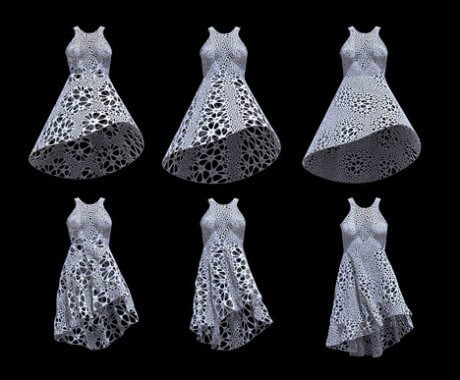 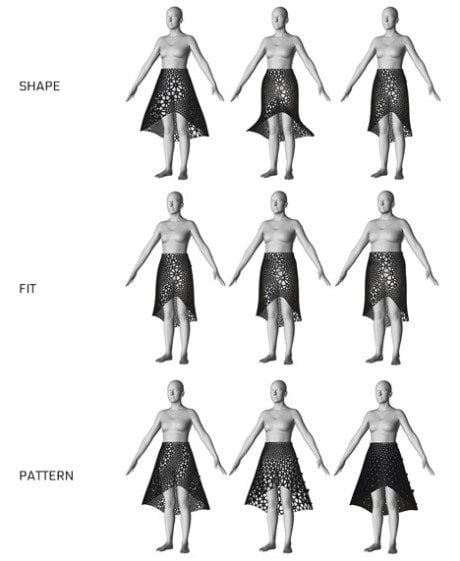 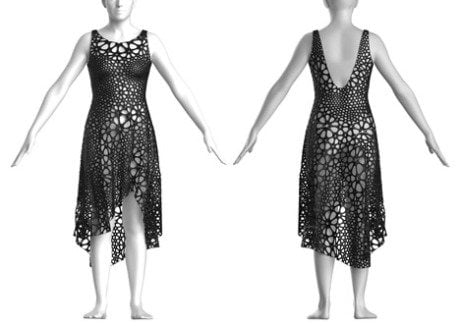 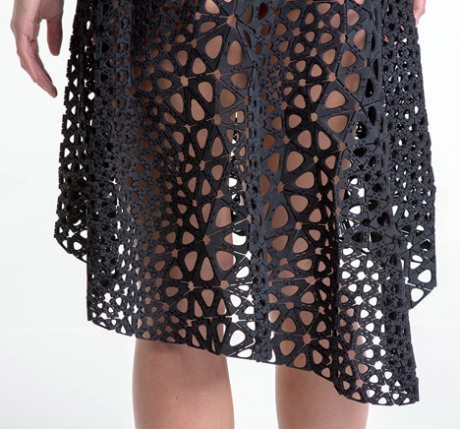