If you’ve been keeping up with the coverage of the fashion weeks, you’d have noticed the wide eyes, pouty lips, and curvaceous body of Gigi Hadid gracing numerous runways. But if you’ve noticed that Hadid’s figure isn’t quite as slim and straight as the other models, you’re not the only one: Hadid has been racking up plenty of criticism on her Instagram account for her curvy shape. But then, with 6.5 million followers, there was always going to be some haters.

Hadid has responded to the criticism with an Instagram post, saying that the negativity had started to get her down before she decided to rethink her message and why she does what she does. “I represent a body image that wasn’t accepted in high-fashion before, and I’m very lucky to be supported by the designers, stylists and editors that I am: ones that know this is fashion, it’s art; it can never stay the same,” she wrote. “Your mean comments don’t make me want to change my body.”

“I hope everyone gets to a place in their life where they’d rather talk about the things that inspire them over the things that bring others down,” she concluded, to the collective applause of her supporters worldwide. 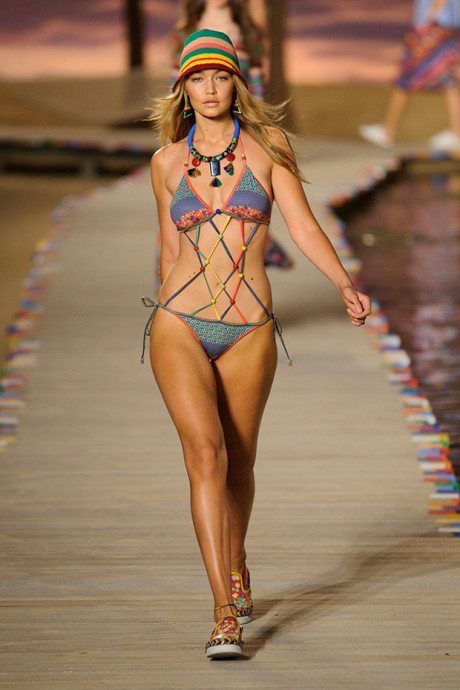 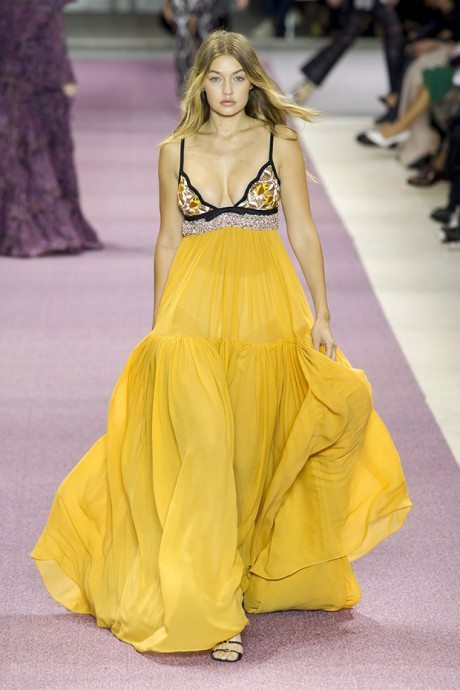 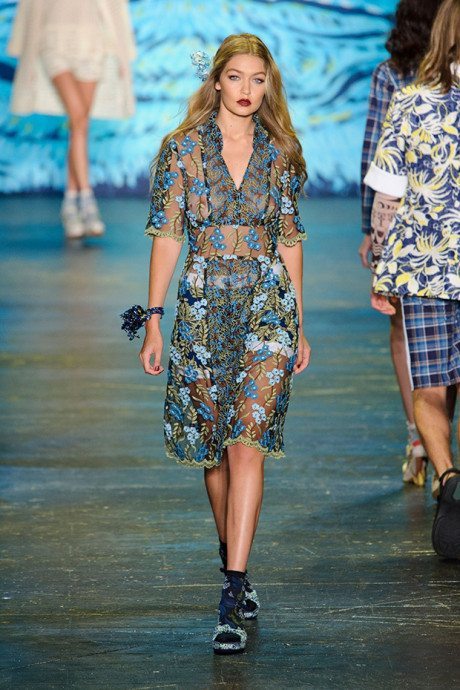 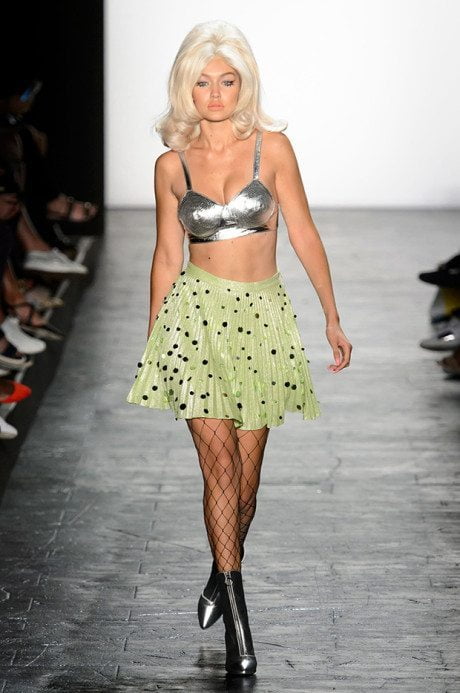 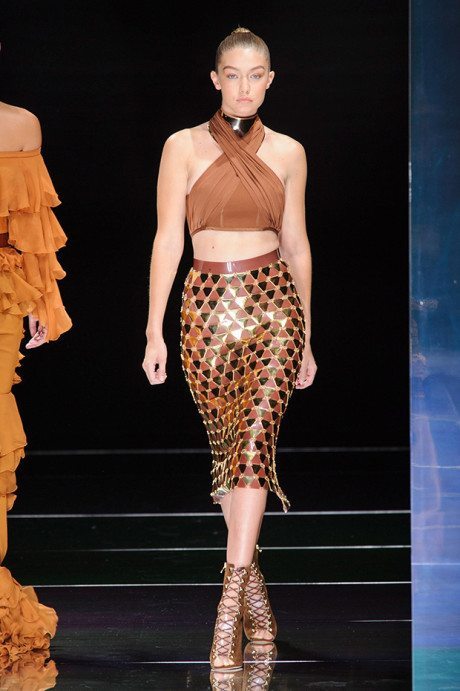 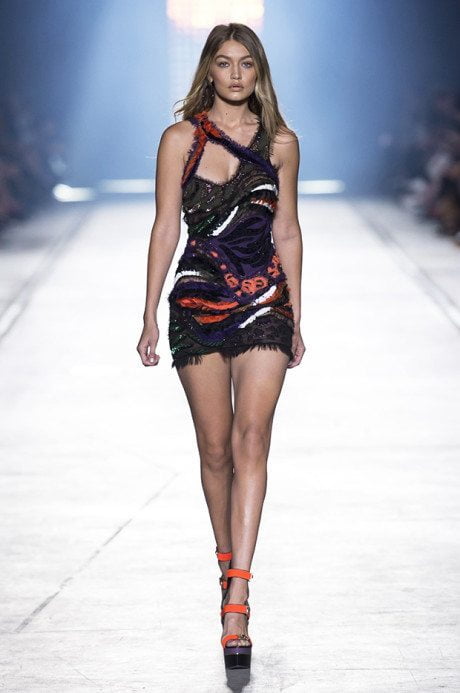 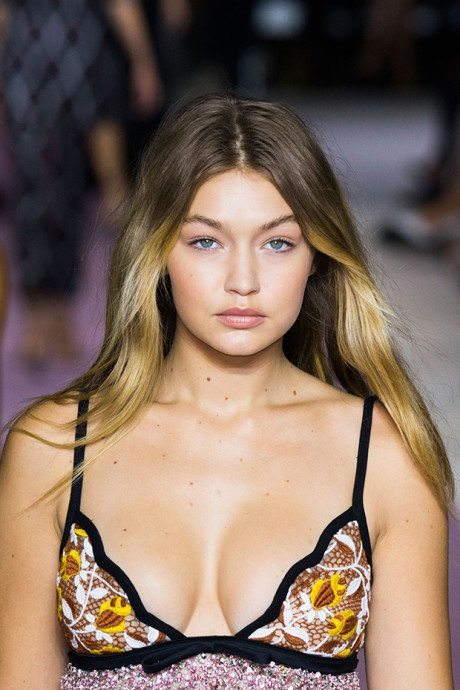 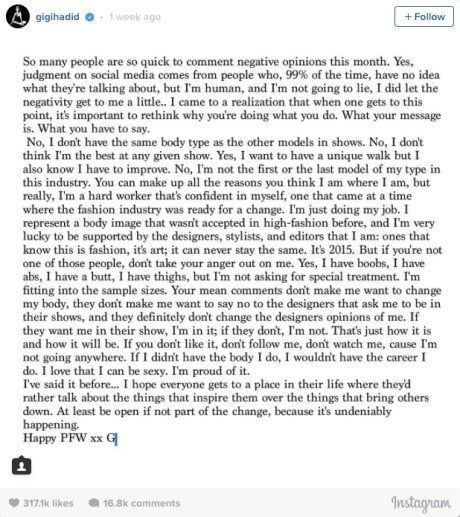